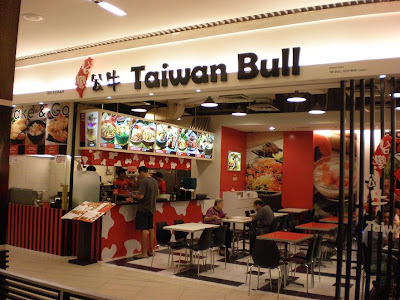 “Beef Noodles – originated from Chinese Tang Dynasty and created by the tribe of Hwei can be traced back to a rich history exceeding centennial. In the year of 1949, it was originally introduced into Taiwan by the expelled Chinese soldiers in order to sooth the feeling of homesickness towards their far-off homeland the consumption of Beef Chunks signifies not merely the satiable filling of stomach but also carries the meaning of remembrance towards their love ones with a mixture of affection. For Taiwanese, Beef Noodles has proven to be a taste of perfection and magnificent flavour and is namely inseparable in the mainstream of Taiwan food culture. Thus, it considered beyond the significant of “Street Snack” simplicity. Throughout the years, the scrumptious culinary & tastefulness of beef noodles has managed to penetrate to the heart of Taiwanese but also aiming to trigger the taste bud of peoples from all over the world.”

Went to Taiwan Bull, my second visit.
I remember the meals there are quite big, not like the other restaurants, the pictures are only for illustration. 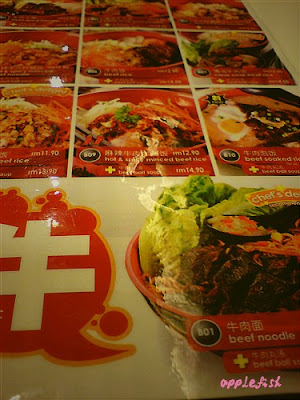 I forgot we have to self services on the ordering where we need to pass the food ordering list to the counter.  Luckily Casper was there, and he went to pay for the bill after we ticked for what we want to eat for our dinner. 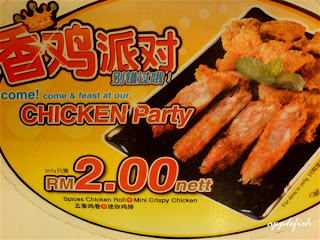 There is a promotion during our visit to the restaurant, it is CHICKEN party, RM2.00. As we can see it is stated on the table, but I was not interested with that, because it is just like “loh bak” in my mind. 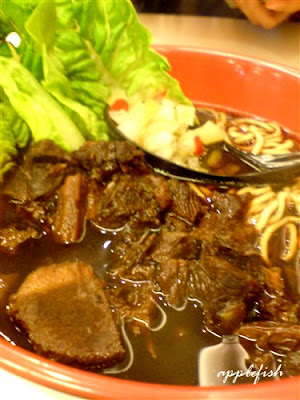 Taiwan Bull is one of the few restaurants which sell Taiwan cuisine, and it's the only one which is specializing in Taiwan beef noodle.
I ordered beef noodles, I was shocked when I saw my meal, because it was so dark.
It is my first time ordered beef noodles. :rf:
I like the taste of it, got a bit of bitter, feel like eating with the herbal soup.
BEEF NOODLES (牛肉面)-RM12.50 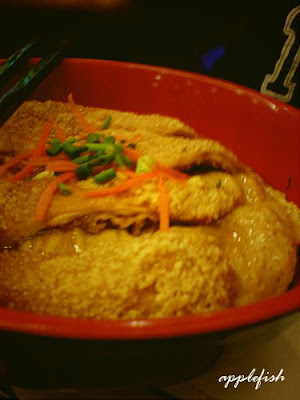 This is chicken egg rice (鸡排盖饭), the name in English and Mandarin are totally different.
Casper like this so much, because he ordered it when he brought me here first time.
I think he keeps on ordering the same meal for certain restaurants.
He won’t feel bored if he eat Meal A in restaurant A for N times, as he said, he like it so much, so why should he change to try for meal B, C and D.
So, I surrender and respect for his decision.
C. chix egg rice (鸡肉盖饭)-RM11.90 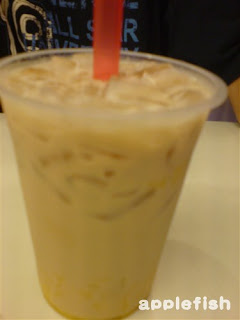 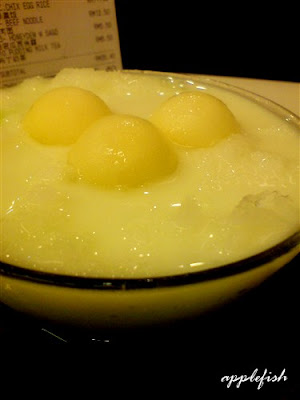 Last but not least, honey dew sago (哈密瓜西米露 ), only for RM5.50.
I like honey dew sago so much!
I remember the first time I tried for honey dew sago was in a restaurant @ Prangin Mall, which famous for its sago.
Unfortunately, I found out that it was closed and replaced by a new restaurant.
Miss those days bringing my friends to have a try at the restaurant there! 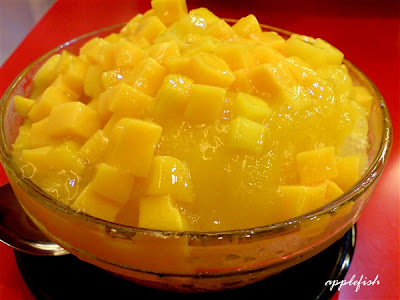 Mango snowy (芒果冰)-RM6.50
This is what I ordered for my first visit to this restaurant, I was in full but have to accompany Casper to have his dinner.
I thought those desserts in the catalogue look big are just for illustration, so I resize it in my mind and decided to order this.
I was wrong when the waiter delivered it on my table, it can be said that it was just exactly the same size as the picture of the catalogue.
OH MY GOD! Anyway, I like the taste, the mango is sweet. I think I was lucky to have a mango snowy in sweet but not in sour =) 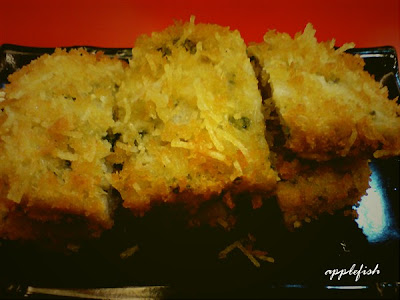 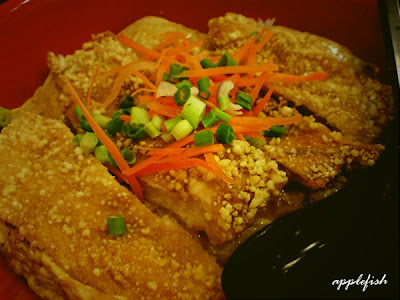 Email ThisBlogThis!Share to TwitterShare to FacebookShare to Pinterest
Labels: 今天吃什么